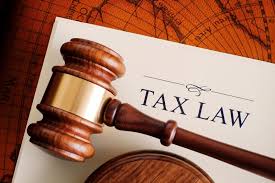 David A. Handler and Alison E. Lothes highlight the most important tax law developments of the past month.

• Private letter ruling approves CLAT with term of years determined by formula—In PLR 201933007 (April 22, 2019), the Internal Revenue Service approved a charitable lead annuity trust (CLAT) created under a taxpayer’s revocable trust. On the taxpayer’s death, the revocable trust provided for a marital trust for the taxpayer’s spouse, if the spouse survived, otherwise (or at the spouse’s death) an annuity was to be paid over a term of years to a charity. The annuity amount was defined to be 5% of the fair market value (FMV) as determined for federal estate purposes of the estate of whomever survived—the taxpayer or the spouse. The annuity was to be paid to the charity for a term of years determined by a formula calculating the number of years that would result in a charitable deduction for 100% (or as near to 100% as possible) of the value of the trust property.

At the termination of the CLAT, the remaining property was to be paid to other family trusts.

Under Internal Revenue Code Section 2055, there are limitations on the charitable deduction for split-interest trusts when the lead interest is payable to a charity and the remainder interest passes to a noncharitable beneficiary. The deduction for the CLAT is available, however, if it’s a guaranteed annuity or is a fixed percentage of the FMV of the property, payable for a specified term of years or for the life or lives of certain individual(s). A deduction is only available if the annuity interest is determinable and ascertainable.

The IRS confirmed that the amount of the annuity was determinable, as it was a fixed percentage. The term of years, although not fixed, was determinable based on the formula applied as of the date of death of the taxpayer or the spouse, whomever survived. As a result, the IRS ruled that the formula in the CLAT was sufficient and met the requirements of the IRC and Treasury regulations.

The PLR noted that CRTs are generally exempt from tax under IRC Section 664 and that Section 501(c)(3) isn’t generally applicable to split-interest trusts because of the private interest. It appears that the CRT mistakenly applied for tax-exempt status under Section 501(c)(3) by filing a Form 1023, which wasn’t necessary because the CRT, if it met the applicable requirements, should qualify as a tax-exempt entity under the special provisions relating to split-interest trusts in Section 664.