The State of Estate Taxes 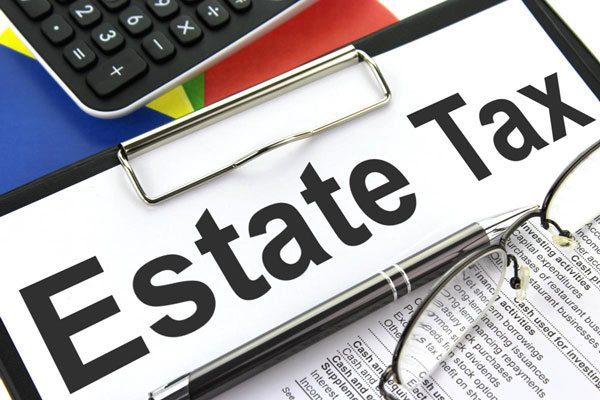 Sen. Bernie Sanders (I-VT.) recently unveiled a plan to dramatically expand the federal estate tax on the wealthy, including a new 77 percent rate on billionaires’ estates, as leading Democratic politicians push new taxes on the richest Americans to combat inequality.

Sanders’ bill, the “For the 99.8% Act”, would tax the estates of the 0.2 percent of Americans who inherit more than $3.5 million, while the rest of the country “would not see their taxes go up by one penny under this plan”, according to aides to the Vermont senator, who is considering a 2020 presidential bid.

Three top Republican senators have also released a plan to outright abolish the estate tax, which the GOP already significantly weakened with their 2017 tax law to only apply to those passing on more than $11 million (or $22 million for couples). Sanders’ plan would restore the 77 percent top estate tax rate that was in place in the U.S. from 1941 to 1976, tax estates more than $3.5 million, and create several new estate tax brackets, including a 55 percent rate on estates worth more than $50 million.

“It is literally beyond belief that the Republican leadership wants to provide hundreds of billions of dollars in tax breaks to the top 0.2 percent of our population…This is not only insane, it tells us the degree to which the billionaire class controls the Republican Party”. said Sanders, who introduced the plan with the support of Thomas Piketty, a well known French economist on wealth consolidation. “Our bill does was the American people want us to be doing and that is to demand that the very wealthiest families in this country start paying their fair share of taxes.”

The plan would raise $2.2 trillion from 588 billionaires, but over an unknown period of time because it would take effect once they die, according to Sanders’ staff. Over the next decade, the tax would raise $315 billion, policy aides said.

The senator’s push comes the week after Sen. Elizabeth Warren (D-MA.), who has already announced her bid for the White House, released an “Ultra Millionaire” tax that would levy a 2 percent annual tax on those with more than $50 million, as well as a 3% annual tax on those with more than $1 billion. Rep. Alexandria Ocasio-Cortez (D-N.Y.) also recently floated a 70 percent marginal tax rate on those making more than $10 million.

Sanders supports both of those ideas, and in 2017 pitched a wealth tax on those with assets over $21 million as part of a suite of financing options for his “Medicare-for-all” health care plan, according to aides for the senator. As a candidate in the 2016 presidential campaign, Sanders also called for a surcharge on estates worth more than $1 billion, a top marginal rate over 60 percent, and a tax on certain Wall Street transactions.

Conservative opposition to increasing the estate tax is likely to be intense, as Republican have characterized the provision as a “death tax” that unfairly punishes Americans, including farmers, for wealth accrued over the work of a lifetime.

But significantly higher taxes on the rich have been increasingly embraced by Democrats with national aspirations amid a raft of polling suggesting that the public supports such measures, said Celinda Lake, a Democratic pollster.

“A lot of the conventional wisdom says, “stay away from tax increases”, but it’s actually quite popular”, Lake said.

Part of what’s changing is that fewer Americans now fear that they will be targeted by taxes designed to hit the ultra-wealthy, Lake said. “Even in the last six months, you’re seeing a shift”, she said.

Estate taxes on large fortunes could be part of that swing. They once brought in revenue that accounted for more than 5 percent of the federal budget, but have been whittled down since then over time and now account for less than 1 percent of federal revenue, according to the Joint Committee on Taxation.

Before the 2017 GOP tax law, an individual could pass on as much as $5.45 million without paying the estate tax, which would then take a cut of up to 40 percent from wealth above that threshold. The law doubled that minimum, exempting all estates worth less that $11.2 million. A couple can now pass on $20 million, tax free.

In 2018, after the GOP tax law, only 5,000 taxpayers were expected to file estate tax returns, according to projections by the American College of Trust and Estate Counsel, an organization of estate attorneys, based on Internal Revenue Service data. About 1,700 families are expected to actually pay the tax annually, said Howard Gleckman, a tax expert with the Tax Policy Center, a non-partisan think tank.

The legislation also aims to crack down on loopholes that allow fortunes to be passed down with lower taxes, including by preventing wealthy families from avoiding certain taxes through annuity trusts. To prevent the new tax from hitting farmers, the Sanders plan would also allow farmers to reduce the value of their farms by $3 million – up from $1.1 million under current law.

The federal estate tax was initially enacted in 1916, under President Woodrow Wilson. It applied to families with more than $50,000, or more than $1 million in today’s dollars.

Sanders’ aides said the tax is designed to help reverse the skyrocketing share of the national wealth controlled by the richest Americans. As of 2017, the top 1 percent owned about 40 percent of the country’s wealth, higher than any share since 1962, according to economist Edward N. Wolff.

“One century ago, the U.S. invented steeply progressive estate and income taxes in order to maintain the egalitarian and democratic legacy of the country. Today’s U.S. is becoming even more unequal than pre-World War I Europe”, said Piketty, the French economist, in a statement. “The way out is stronger investment in skills, higher paying jobs and a more progressive tax system. Sen. Sanders’ estate tax bill, including a 77 percent tax rate on estate values above $1 billion, is an important step in this direction.”